Scientist have discovered the facts about trading.

“95% of all traders fail” is the most commonly used trading related statistic around the internet. But no research paper exists that proves this number right. Research even suggests that the actual figure is much, much higher. In the following article we’ll show you 24 very surprising statistics economic scientists discovered by analyzing actual broker data and the performance of traders. Some explain very well why most traders lose money.

Conclusion: Why Most Traders Lose Money Is Not Surprising Anymore

After going over these 24 statistics it’s very obvious to tell why traders fail. More often than not trading decisions are not based on sound research or tested trading methods, but on emotions, the need for entertainment and the hope to make a million dollars in your underwear. What traders always forget is that trading is a profession and requires skills that need to be developed over years. Therefore, be mindful about your trading decisions and the view you have on trading. Don’t expect to be a millionaire by the end of the year, but keep in mind the possibilities trading online has.

A typical holiday-thinned trading is witnessed in Asia so far, with most traders still on the side-lines on the back of Christmas-New Year holiday season. The Australian, New Zealand and the major European markets remain closed in observance of Boxing Day holiday. Hence, low volumes and irregular volatility is expected to remain in the week ahead.

Calendar-wise, we had a set of poor Japanese economic data released earlier today, which dragged the yen lower against its American counterpart. The USD/JPY pair partially reversed last week’s losses and edged marginally higher around 120.40, with the upside still capped by broad based USD weakness. Industrial production in Japan was down a seasonally adjusted 1.0% m/m in November, missing forecasts for a decline of 0.5% following the 1.4 percent gain in October. While the total value of retail sales in Japan was down 1.0% on year in November.

While the Antipodeans remain supported amid illiquid markets and shrug off lower commodities’ prices as markets continue to mull over Fed’s lift-off and the latest Chinese industrial profits data released over the weekend. The Chinese industrial profits fell 1.4% in Nov from a year earlier, compared with 4.6% for last month, marking a sixth consecutive month of decline.

To increase purchases of etfs

To extend average duration of JGB purchases to 7-12 years

To expand loan scheme aimed at firms with growth potential

Will purchase etfs composed of stocks issued by firms active in investment in capex, human resources

As most for the traders  eyes are on trades in eur/usd, gbp/usd  there is a hidden gem in the majors.

USD/CHF could be one of the best trades you can place for a long term. 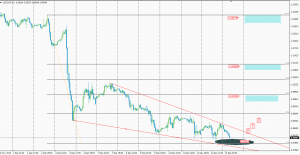 AS the day for  US rate hike comes closer it is much more expected that the market would be in a tight range,

The Kiwi Dollar rallied strongly following the RBNZ’s announcement that the Official Cash Rate (OCR) would be cut 25bps to 2.50%. However, instead of the bears rushing in and causing a sharp depreciation, RBNZ Governor Wheeler’s statement suggested that any further policy action would be unlikely in the near term.

Major events to lookout for today.

After the rate cut in deposit by ECB euro is trying to gain demand, but for how long ?

As of now the whole world is focusing on crude oil , statement such as “let the market find its own equilibrium” inflamed the bloodbath. Where would oil prices go from here?  rumors are it will reach 20$ but there is a saying in the market “SELL THE RUMORS BUY THE FACTS” let us see where the market takes the turn.

On 4hr chart EUR/USD has formed a bull flag formation.

look for the fib rec of 38.20% (1.0840) which also support the fact that it is the correction of the impulse, this  should continue the buying in EUR/USD further. 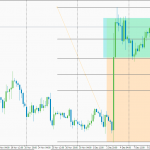 a break below 1.0695 would initiate sell once again.

though the market is anticipating the US rate hike it is yet to happen.

OPEC….oil market to effectively find its own equilibrium..

Crude oil faced significant falls as OPEC announced that the cartel is to abandon production target setting and will instead allow the oil market to effectively find its own equilibrium. Subsequently, crude oil prices fell over 6%, signalling that a return to the price slump of the late 90’s could be just around the corner.

The 1990’s were a tumultuous period for oil as OPEC sought to control global oil supply with an iron fist. However, the latter part of the decade saw the cartel effectively lose control of the market, and prices plunged to around $10.00 a barrel of crude. As any good historian will tell you, history often repeats and there are some striking similarities between the current market forces and those present in the 1990’s.

That decade in oil history saw exponentially increasing production from Venezuela flooding the world and upsetting the supply side of the market. In response, one of OPEC’s largest members, Saudi Arabia, lifted their production to effectively protect their market share in light of the South American upstarts in-roads to their racket.

The increased supply subsequently depressed world crude prices and the latter part of the decade became a wilderness for oil producers as OPEC’s grip over the market was effectively neutralised. However, like all downturns, price support was eventually discovered, and with the oil cartel’s stewardship, crude prices surged until reaching a peak of $150 a barrel by 2008.

Subsequently, it’s easy to draw a parallel between the current state of the market and that of the late 90’s. This is especially evident when you consider the role of US shale oil producers and, in extension OPEC, in the battle for market share. In fact, the cartel’s strategy of attempting to force out high cost producers smacks of their battle with Venezuela in the 1990’s.

Ultimately, it was political change in Venezuela that ushered in a reduction in oil supply, as the Hugo Chavez led Socialist government took action to cut production. Up until that point, markets remained awash in a crude excess that was difficult to clear. Within a relatively short period of time oil prices rebounded and OPEC had largely regained control of the market.

Currently, it would appear that the political component will largely be the deciding determinant in the ongoing supply war. The question remains as to which regime will blink first in the battle over OPEC’s hegemony over crude oil.

However, this time the Middle Eastern nations have their respective backs to the wall as dwindling foreign currency reserves, and export revenues, put their national accounts under pressure. Given their lack of GDP diversity, and strong reliance upon crude oil export revenues, it’s almost certain that cracks will start to appear amongst the OPEC member states. In contrast, the US economy retains a much greater GDP diversity that is likely to allow them to whether the storm, whilst shale producers continue to produce domestically.

Subsequently, the question remains as to which regimes have the political will to continue the battle in the face of mounting domestic funding pressures. In my humble opinion, OPEC producers will need to blink first, and surrender significant market share, to allow the market, and their respective trade revenues, to rebalance. Otherwise a continuation of the cartel’s strategy of over-supply will continue to damage the global crude market and we could very well see oil prices back in the $20.00’s

After yesterday’s massive ECB-induced moves across all markets, traders were a bit shell-shocked heading into the always important Non-Farm Payrolls report. Today’s jobs report was even more highly anticipated than usual because it represented the last major US economic release ahead of the Fed’s December monetary policy meeting, where the central bank is mulling its first interest rate hike in nearly a decade.

The US economy created 211k jobs in the month of November, slightly better than the 201k anticipated. Furthermore, revisions added 35k jobs to the previous two months’ reports.

Prior to Thursday’s ECB announcement, EUR/USD had dropped steadily to approach its downside target of 1.0500. After the ECB, the currency pair rose rapidly above 1.0800 resistance to hit its 50-day moving average. On Friday, immediately after the NFP results, EUR/USD fluctuated around this 50-day moving average but generally remained strong, maintaining Thursday’s gains. Despite the spike for EUR/USD, a divergence in monetary policy continues to exist between the ECB and Fed. The spike occurred primarily because the market was surprised by the rather tepid actions of the ECB. Therefore, as long as some form of this divergence remains in play, EUR/USD should continue to be pressured over the longer term. On any further short-term rebound, major resistance resides directly above, around the 200-day moving average and the key 1.1100 resistance level. To the downside, any sustained return below 1.0800 should see a resumption of the bearish bias for EUR/USD, with the key downside target remaining at the noted 1.0500 support level. Longer-term, further downside targets reside at 1.0200 and parity (1.0000).

admin Uncategorized No Comments »
Next Entries »